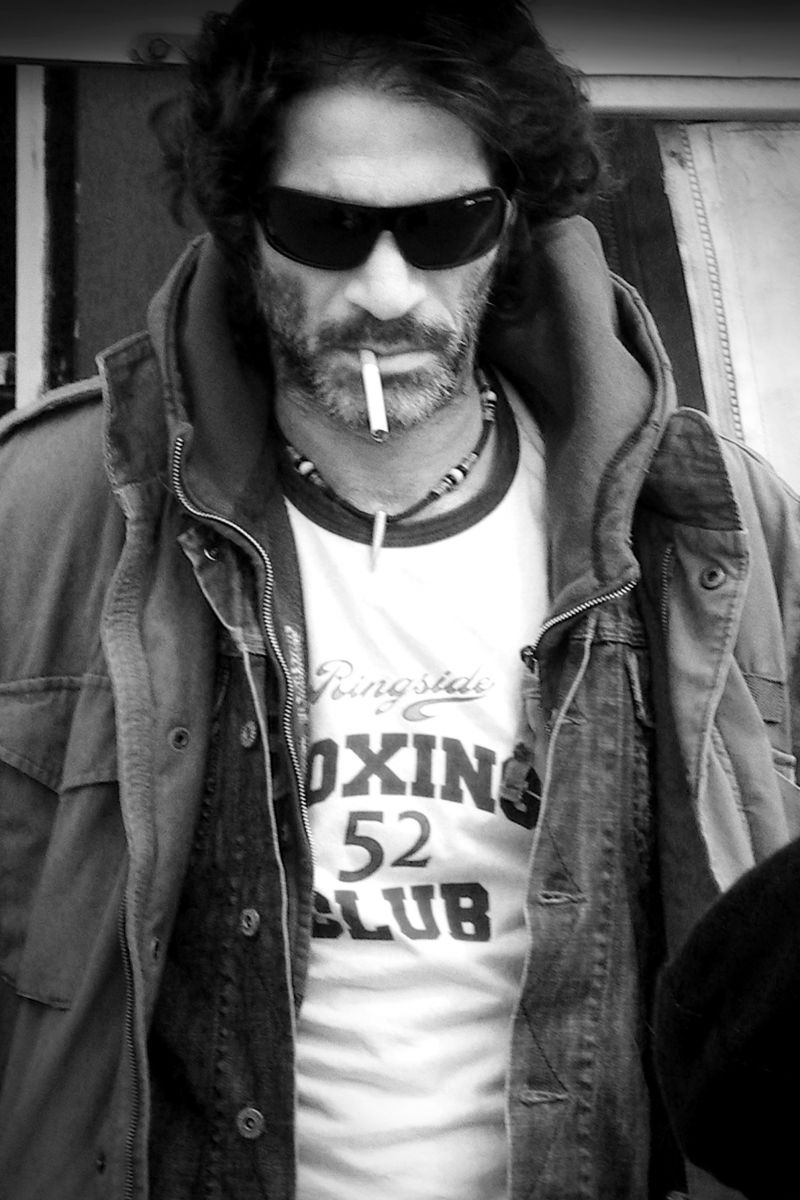 « If rock’n’roll is a wander through the wild paths of life, then

French photographer, Stanislas Guigui was born in Paris in 1969.

Between the contemporary art and the photojournalism, obsessive photographer of the underworld, of rage and revolt, Stanislas Guigui is permanently moved by the desire of exploring the darkest sides of our societies.

Interested in the social themas of exclusion and marginal groups, he has been building since 1996 a photographic work in which he is not moralizing but questioning our capacity to get indignant about the injustices created by our society.

In 1996, he moves off to Colombia. As a consequence of the civil war, thousands of homeless people haunt the streets of Bogota and more precisely of El Cartucho district, the biggest Cour des Miracles in South America. In 2003, Stanislas Guigui is accepted by the residents of that neighbourhood. He will take photographs of them during the next 3 years, showing their miserable living conditions, the smoking of crack and the fights between men armed with knives. His work was rewarded by PhotoEspana in 2006 and Unicef in 2008.

Nonconformist and engaged photographer, Stanislas Guigui's universe is populated with baroque and Fellinians characters : Cabaret New Burlesque’s girls, the second living tallest man of the world, some dwarves…Inspired by Victor Hugo who sublimates the poverty, the work of the photographer belongs a tribute in the Bohemia and in the Bohemians.

Stanislas Guigui is member of the Agence VU’.