BACK AGAINST THE WALL

To live with your back against the wall. Men and women humiliated by life, eaten alive by drugs, never giving up. They know they are being tracked by police, hunted by militias and, above all, haunted by the agony that comes. However in the Cartucho, the Kingdom of elementary forces, something stronger arises; a powerful will to exist and survive through these trials to the end. Some smile when facing the lens, knowing that nothing makes sense. One after the other, lined up according to the photographer's instructions, they emerge from luminous backgrounds, intensifying shapes and colors. By accepting the photographers invitation, the outcasts show a pride and lucidity that can't be found anywhere, except in despair.

These people are familiar with killing each other, yet their fraternity is boundless. A climactic world where rest is known through two states: the lethargy occurring through smoke or death. Time is split between trafficking, tricks and fights. The wall in front of which misfortune poses is named Fate. It's horizons are boundless. When the will to stay in the living world prevails, when morbidity retreats for a moment and we realize nothing is inevitable, we see an end to photography. There are no ghosts hanging around, just prey that wander in a nonsensical world. Their story no longer has a point. Or is it merely too late for us to pay attention to their destiny? They failed in the Cartucho, the wall on which their fate is written, that dead end from where we will never return. Certainly, the Cartucho doesn't believe in anything but its own laws.

Nowhere can we better see the difficult relationship between empathy and photography. We're at the border of the testimony, the border of morals. The time has come for the miserable to overcome the camera and operator. Without illusions or actual hope, they show themselves, flaunting themselves in the hope of regaining dignity. Because behind that wall, knowing that we're watching, they send us their silent images, snatched from destiny and stolen from death.

The gathering of the vanquished, somehow supporting their emaciated bodies, repeat the song that Villon once made us listen to. That very same song that Brecht covered. The kingdom of thieves, beggars and the wretched reappears in modern form. There is no other alternative to the Dantesque story. Here, the photographer rejoins his land and friends. He shows fair passion, nothing more. 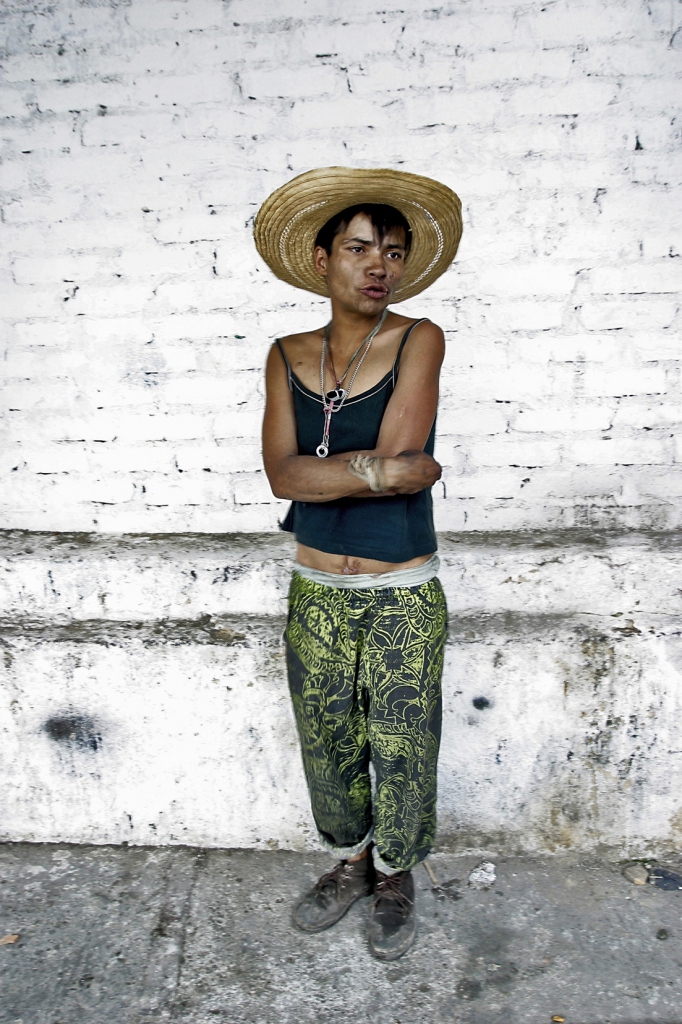